Menu
Log in
Register
You are using an out of date browser. It may not display this or other websites correctly.
You should upgrade or use an alternative browser.

What's the best comeback for 'That's your opinion'

When you get into an argument with someone and someone dismisses you by saying 'that's your opinion and noone gives a shit', what is a good comeback to it?
F

Doesn't matter because it is true.

Little advice, don't argue about shit that people don't want to hear. if it's important to you then keep it to yourself. You don't have to prosthelytize religion, politics, or relationships.

In most cases you can avoid that reaction if you were pacing and leading correctly. https://www.girlschase.com/content/...FjAAegQIARAB&usg=AOvVaw2j8Rf3U59YyGgt89I1BGLX
Last edited: Feb 4, 2021
D

DML said:
In most cases you can avoid that reaction if you were pacing and leading correctly. https://www.girlschase.com/content/...FjAAegQIARAB&usg=AOvVaw2j8Rf3U59YyGgt89I1BGLX
Click to expand... 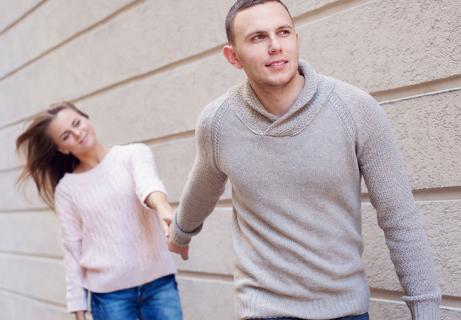 Pacing and Leading a Girl on a Date or in Bed

Pacing and leading is a potent neurolinguistic programming (NLP) technique used to first match someone’s state, then lead her. It’s extremely useful in dating and seduction. Ok, so I decided to get into more practical stuff. During the summer I tend to go out so much more, which motivates me to...

DaVinciMatrixStyle said:
When you get into an argument with someone and someone dismisses you by saying 'that's your opinion and noone gives a shit', what is a good comeback to it?
Click to expand...

I been thinking about it.

Why most guys, normal guys, americans who are center left, center right, and actually most of us are like you guys in the west. Often generation x and earlier millennials.

The reason we failed today is because

Fuck this, noted that we should not go into arguments unnecessarily. And yes, you should not. But really. The world today is different. It's battle is based on their game, and their frame.

And I really mean it when I say their game and their frame.

For now, I wish I can help people. But I can't convey it well enough because I see this as an immediate threat to civilization. And I'm not laughing about this.

I see this everywhere.

DaVinciMatrixStyle said:
When you get into an argument with someone and someone dismisses you by saying 'that's your opinion and noone gives a shit', what is a good comeback to it?
Click to expand...

You can't dispute the facts my man should shut them up or repeat the same thing back like "that's your opinion and you seem to give a shit, then why else would you get worked up about this?
D

Agree and amplify. 'Hey, my mom thinks I'm special! And handsome.' And grin at the girls in the group. They'll laugh and if he keeps going he'll look like the world's biggest toolbox. Also you get credit for being socially calibrated.

If it's just you and him, why are you arguing with a dude?

If it's a girl, just reply 'Okay, Karen' and dismiss her with a backturn.

dark hawk said:
You can't dispute the facts my man should shut them up or repeat the same thing back like "that's your opinion and you seem to give a shit, then why else would you get worked up about this?
Click to expand...

Was going to say something pretty much like this. You can go meta as in the response above, which is basically calling them out on what they're doing because their words don't reflect the action (action is that they're arguing with you about it, which is a whole lotta effort for someone who doesn't give a shit).

Or you could even joke about it if you'd prefer:
Hey, you shouldn't put yourself down and call yourself a nobody like that because it seems like you care otherwise you wouldn't be arguing with me about it.

For bonus mocking points make sure to go over the top with your level of care for their wellbeing.


Lastly, what they're doing is trying to dominate you because they can't win the argument through facts. So to fight this aspect of it you can touch their arm or shoulder when you say your comeback. Touch is a dominating thing and if you're going for the over-the-top caring act, looking out for their wellbeing, then you can easily play it off afterwards.

But even if you just stick with the Dark's response, the touch is still a dominating thing. And at the end of the day, the most person who comes across as the most powerful/confident wins the argument (unless that person is absolutely delusional and talking about how the sky is actually green or some shit, but even then they'll win over a few people).
--> sometimes they'll get defensive and snap at you for touching them, or call you out for touching them but it's easy to fire back with something like "no need to get defensive mate, there's no need to get so worked up over something so trivial"

Ultimately, as long as you're calm then you should be fine.

The way you respond depends a great deal on that.

e.g., when I have people dismiss my opinion on something, so long as it wasn't offered uninvited, I will simply reply with:

If it was someone who was being deliberately provocative (e.g., going around sharing some extreme opinion of his, looking for a debate), and I took the bait, and he responds with a dismissal, then it's more along the lines of:

If you don't want opinions on your bullshit opinions that you're going around throwing everywhere, then keep your mouth shut and no one will have to tell you you're wrong.
Click to expand...

In the rare occasion I was sticking my nose somewhere it didn't belong, and offering unsolicited opinions/advice that the other person didn't want to hear, then the reply from me is usually simply going to be:

All right, fair enough. Maybe I overstepped. In that case, never mind me.
Click to expand...

... and I will leave him to continue holding unmolested whatever opinions he holds so dear.

Side note: I think it's good to have a lot of people around you who do not share your opinions. It's excellent for perspective, and helps you to avoid getting trapped in an echo chamber (where you then go around spouting opinions you think are universal, without realizing you sound like a fool to people who don't share your views but don't tell you so).