IMPORTANT: Go Help Out Cody Brown If You Can (FRA)

One of our forum members, Regal Tiger (been here almost 2.5 years) got hit with a false rape accusation. It's a messed up situation - the girl came over, explicitly told him "I want you to fuck me", he did as asked, she left, and then the cops show up and a few months later he's getting cheek swabbed.

Anyway, I don't usually get active in community stuff / etc., but this guy is one of our brothers, and he's getting hit with one of these false rape cases. We had a long thread about the case in field reports here: LR Turns into Hell on Earth - False Rape Accusation.

He has a crowd fund up here to help defray some of the legal costs:

If you can give a little - a dollar, five dollars, ten bucks, whatever - every bit helps.

We've got to push back against this stuff when it occurs. Can't keep letting FRAs terrorize people; it's absolutely nutty this is even a "thing".

I sent individual messages through the Funded Justice to people but I do want to say thank you here as well.

I replied on my original post as well but I'm kind of torn up about everything. As you can probably tell by that blubbering post I made...

I dunno what or how, but I'm going to do something for all of the help people are giving. It's not free. I'll probably try to focus on the GC community in general but I will do something. I just don't know when or how yet.


Chase suggested that I get court documents as well. I've texted my lawyer and after I find out how to get them I'll put something up.


But thank you everyone, this place may save me again
R

With an end goal like that, you're gonna need a lot more exposure.
Perhaps putting up an eye catching small box on the top right or left hand side would help.

RAFox said:
With an end goal like that, you're gonna need a lot more exposure.
Perhaps putting up an eye catching small box on the top right or left hand side would help.
Click to expand...

I plan on putting it on reddit as well after I get my file.

In addition, my legal file should be in the mail today so I can upload documents when it gets here.

I put your situation up on reddit but no takers, unfortunately. I hope you have better luck than me!

I put your situation up on reddit but no takers, unfortunately. I hope you have better luck than me!
Click to expand...

Thank you for trying! I didn't even know, but I appreciate it!

I've uploaded some screenshots from CaseNet proving that it's a real case.

I was hoping to get her recent statements that clash with what she originally said but the file that my lawyer sent me doesn't have it. I'll request tomorrow to see if I can get her statements that she made and then upload her new story with her old story to help prove that she's full of shit

Take at look at this:

Take at look at this:

I never knew about stuff like that, thanks for sharing!

Since it's quite literally a he said she said case with literally no evidence I'm not sure how much they can do for me but I'll definitely check them out! Thanks!

Whenever I load my Dollar Mastercard, I would make a contribution. I can't use my Naira Mastercard because it is now restricted from foreign purchases.

Tayo said:
Whenever I load my Dollar Mastercard, I would make a contribution. I can't use my Naira Mastercard because it is now restricted from foreign purchases.
Click to expand...

I appreciate it, thank you!

Thank you so much!

Yo! A kind of update, though this post is going to be on a happier note it will probably be just as stream of thought-like [so basically the exact same as basically everything else I post in here lol].


Back in April I started trying to really hit day game pretty hard (especially since I still consider myself locked out of online game). Honestly, probably a little harder than I should have.

I failed. A lot. Spectacularly bad. Like, well north of 300 approaches and 2 dates that went absolutely nowhere bad (honestly on a normal day I consider myself intermediate I swear lol!)

After that I re-read Chase's article on if where I live was a tough market or just no market. I still lean towards no market but I'll never know for sure. But there are more places for me to try, so there's that.

So I decided to pull out and have been kind of in a state of just flowing along since. Hard to call it monk mode because I've done so little. I haven't done any real hobbies lately other than just continuously reading. Haven't even exercised in probably 2 months.

Life has gone by pretty quick because I haven't made any real memories these last few months.

It's weird, I feel kinda bad about it but overall I'm starting to come back to normal/baseline/homeostasis.


Emotionally I'm doing a lot better. So I'll probably start doing things again soon! We'll see what happens. Met a girl in the park and went on a date but she held back and it didn't go anywhere (think she was seeing somebody else and wanted a backup option, but oh well) a few weeks ago when I was out and about (whoohoo! Great stats of one approach = one date! I'm amazing lol!)

Because of Darius's style website and course (which I recommend) I met a guy through Facebook and may have made a friend in real life. Nice to have one of those here. Had one or two in Missouri but they're so far away and I see them only when I go back for more court shit anymore (which those filthy fuckers have done me dirty, don't ever go to Missouri! I drove all the way out there for arraignment and those noobs got it pushed back, so I have to make the trip a second time for the same god damned 30 second appearance in court).


A lot of the anger I've been feeling has dissipated as well (except for my righteous fury about my arraignment, assholes). The emptiness is still there, though not as... potent, I guess you could say? Not sure how to describe it.

Plan on getting back into some of my cheaper [free] hobbies, which includes running and feeding my vanity soon lol.

Though I'm struggling with adapting my writing to a new format, I'm still hoping it'll get going soon (think I've discovered a big problem and if it is indeed a big problem I should see my results skyrocket after fixing it). Should be getting my first payment (though smaller since it's still limping along) soon and I'm going to celebrate with a nice big bowl of bills to pay! Whoo! Go me!


Anywhoo, thanks again for everyone that's donated! I put it up on reddit as well but haven't gotten anything from there. Like I said either here or in the other thread, I don't see any of the help as free. I don't know what, or how, but I do plan on giving back in some way.

But just thought I'd send in an update. Hope all is well with all of you

Hola! To anyone still keeping up with my situation I thank you for it!

I'll try to keep the stream of thought to a minimum and keep it short:

1) Womenz stuff
Still seeing the girl from a month ago. Went on a few dates with another girl that I liked at first and then.... well, then all of her sweetness left her on the second date and all I was left with was unpleasantness. I assume it's because we came close but didn't sleep together on the first date

There was another girl but I screwed that one up on the first date. Shame too, I think she really liked me and I had that gut feeling that I would have really liked her as well

Haven't done any new approaches because of this next life update....

But yea, got deactivated from Lyft because apparently they do yearly background checks (was news to me when I woke up at 5:30 to go work)... Bummer, it was starting to pick back up.

Though oddly enough I got an automatic email from Lyft [bastards] later that same day about ordering a free jacket from Lyft for reaching a thousand rides. It's been somewhere around 5-ish business days so I'm kind of on the edge of my seat if they'll actually send it or not.... apparently it's supposed to be a rather nice jacket, and it's free so.... hmmmm....


Got some ideas, and other possible money-making ventures that I'd rather not dip into but will if I have to. Time will tell within the next week if I will have to or not

Been living an extremely frugal lifestyle. Quit exercising so that my metabolism would slow down (eat about two sandwiches a day now) and don't do a whole lot other than ad stuff and some of this other stuff for money. Though the woman I see once a week cooks for me which is nice. It's been well over a year since I've received any positive-feminine energy. Definitely helps ease the bitterness, though it's still simmering there it is dissipating. So we're headed in the right direction, emotionally

Still working on my posture and my voice

Still working on Instagram stuffs and learning new things about photography. Coming into my own style which I'm starting to really love


Trial is set for January 8th so that's a bummer. A case with still literally zero evidence is going to trial 3 days before my birthday. So that's probably gonna be a negatory on the birthday sex next year =.=

Still barred from getting any real jobs (though secretly a blessing in disguise?) because of the ongoing case


All in all, shaping up to be an interesting few months.

Thank you for keeping up with my story
R 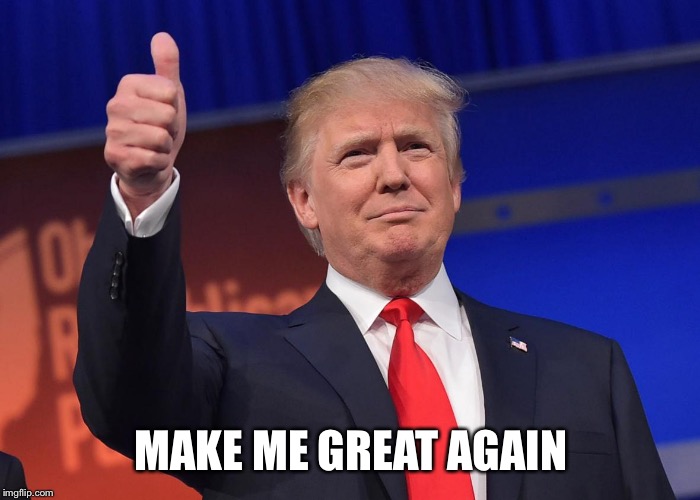 Haha that is the general idea!

Talked to my lawyer today!

He talked to both of the roommates of this chick and one of them doesn't even believe that she was raped (did I just hear a possible witness around the corner?)! Though she lives in another state so getting her here might prove to be a challenge, oh well. The other thinks it's automatically rape because I didn't ask between foreplay and sex if it was okay to stick my wiener inside of her (fun fact, I actually did lmao. Not once but twice!)

He's talked to other prosecutors and friends to bounce ideas off of and talk to the case about. The overwhelming consensus is that they can't believe the case was even filed in the first place.