And how does this affects you?

An example: I didn't have the proper vehicle, establish the vehicle, to actually deliver what I intend to, on my last post.

And I don't even know if Chase can understand my wacky ideas. Thus, it looks something like this. 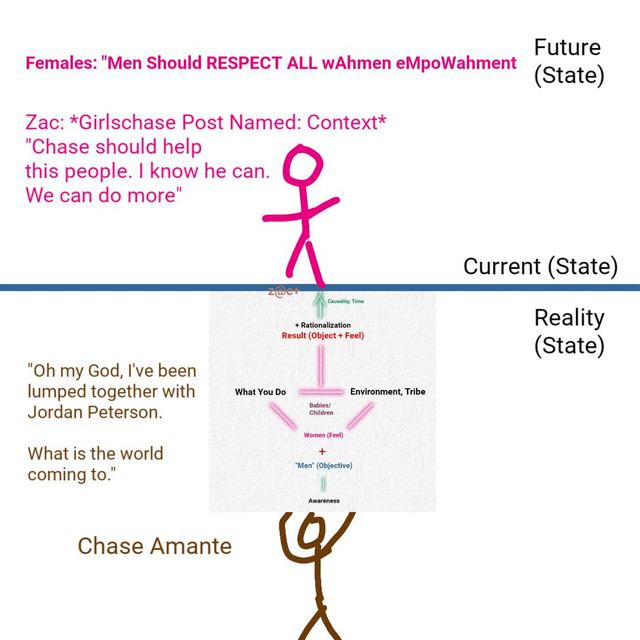 But for you, here's important.

If you are a Girlschase members, you often forget that if the media comes for Chase, we will likely not be held to answer anything except Chase.

Here's why accepting yourself as a male, is everything. It's the 'reality state' that then powers you, and add Girlschase, makes you an overpowered motherfucker.

Yes, it's not totally clear what you're driving at in these 'secrets' posts.

What I gather is:


I am actually less worried about a media skewering now than I was before. The media seems to be categorically ignoring certain more problematic (in their view) areas of the web/Internet, so long as those areas aren't directly challenging core narratives. They have private media discussion boards and rules where they have certain topical areas that are basically banned from reporting on.

I would guess based on the dearth of news pieces on pickup there is a rule somewhere that says "Don't report on this at all unless there's a sexual assault case you can tie to it." That seems to be the only thing the media will print on pickup anymore, either positive or negative. Even the sexual assault cases get very little media attention -- they will do a piece or two on it ("Those dirty PUAs assaulted yet another poor girl!") but then bury it. You get at most a one-line mention that the accused is a "pick up artist" in media pieces after that, but they won't run pieces on "pick up artists are a problem" or whatever in mainstream media (you might still find some YouTube videos on it, but YouTube creators aren't MSM journalists, and they don't make too many of these videos because the MSM sets the media agenda and YouTubers want to seem 'current' and 'with it' by hewing as near to that agenda as they can). It's just totally banned as subject matter there.

It's interesting to consider why seduction would have this blanket ban on reporting it seems to have now (and I have my theories on it), but, regardless, it does seem to be the case nowadays.

Anyway, I would just say:

Whatever you think of my capabilities, or my duty to the people, the effective reach I have is limited, I am not really that great of a marketer (I am okay, I suppose), and the shrinking number of loopholes available to exploit the media and generate much attention are both few and far between and much more rapidly discovered and plugged these days, further limiting my ability to do much, even if I wanted to, or had some clear idea about something else I could do that I wasn't already doing.

I would also say that I believe for now the best advice continues to be Confucius's: when there are no current opportunities to serve well, keep to yourself, continue cultivating your person, skills, and resources, and when the time is right, you will be prepared to lead or serve.

Chase said:
I would guess based on the dearth of news pieces on pickup there is a rule somewhere that says "Don't report on this at all unless there's a sexual assault case you can tie to it." That seems to be the only thing the media will print on pickup anymore, either positive or negative
Click to expand...

Now that you mentioned it, then i realize it.

I feel sad for women because they think ppl care.
I am also hyper aware that females actually know this innately and it is part of the 'survival of the fittest' to signsl for help.

I am that child who saw the world change and i am like wtf just happened....

I guess it happens as you get older. You see the first, second and 3rd generation moving in cycles until the titanic eventually breaks. Which i am sure that all of us kinda know that it has always been this way.

In this video, I am Sam and you are definitely the CEO guy. When macro views and micro views collide.

So in the chats,

We were chatting up and noted why does Chase do not venture out of his niche.

In my opinion, what i see is that Customer problems are getting more nuance and people just don't ask about PUA or advertising or whatever. It is an interfuse between the macro and micro.

my big brain starts to go into this world global conversation of where we are today as a society.

I'm sorry for going on a Grandpa rant.

So yea, this post and Chase response in my journal. I shall bumped up this one.

I hope this helps clears up.