Menu
Log in
Register
You are using an out of date browser. It may not display this or other websites correctly.
You should upgrade or use an alternative browser.

To Chase about the parting shot article 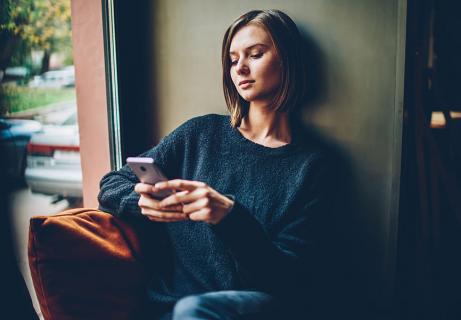 Tactics Tuesdays: For Resistant Girls, Use This Parting Shot

Some girls like to be with you and have your attention, but won't let you escalate. If you reach the point where you're ready to bail on them, before you do, do this. I've talked about parting shots on Girls Chase before. A parting shot is anything you say to a girl before you ditch her, leave...

Chase in this article there is one key line I never understood. You mention that girls who you use this tactic with can get a serious obsession with you , which is cool. But later on you also mention that these girls do not have the right emotional profile for a relationship with you. I never really got that. But I have a feeling there is a key understanding beneath. Can you explain this further?

Well, picture a girl who isn't into you for you, and only gets into you when you dangle a bunch of scarcity right in her face, and cause her to chase because you are walking away.

Now imagine what you would have to do to maintain that girl's interest in a relationship.

Once I had a chick I coached on essentially exactly this. She dated this guy for 3 weeks from her tennis class who was crazy about her, but she wasn't sure about him, and it just made him crazier about her. 40 y/o guy, never married; she was 28. Then one day she decided maybe she ought to let her guard down a little, and told him she cared for him too. After that he ghosted, then sent her some message about needing space. She'd seen him in tennis class a few times but he avoided her.

And I told her well, you've got two options. Option #1, the smart option, is just leave him alone and find someone more compatible. Option #2 is the get-him-back option. All you have to do for that one is go to tennis class, be nice and friendly to everyone else, and ignore him. Don't be mean, don't be rude, don't be bitter, just treat him as if he's totally insignificant to you. If he talks to you it's "Oh hi", as if he's just some random nobody you don't have any emotion about one way or the other, then continue with whatever else you were doing. He'll go nuts chasing after you, because that is his MO: he's a chaser. But if he does, and you take him back, you will need to keep him chasing like that for the rest of your life, or however long you date him. Because as soon as you let your guard down again, he will lose interest and leave again. Since I know that's not the relationship you want, where you have to act artificially disinterested for the next 40 years, you should not do this, or else you'll be miserable, or more likely he will just leave you again.

Well, as you'd expect, she did my #2 option, got the guy obsessed with her again, took him back, then let her guard down and showed him she liked him and he ran off again.

People show you who they are through their behavior.

The wise man (or woman, in her case) listens to it.

Thanks for the reply sensei

Chase said:
Well, as you'd expect, she did my #2 option, got the guy obsessed with her again, took him back, then let her guard down and showed him she liked him and he ran off again.
Click to expand...

Ahaha this is priceless and so typical. But basically if she had chosen #1 he would have resurfaced left or right again into her orbit. It would just be a matter of time.

So, if this is the case with chasers why do we exactly use the parting shot? For strictly fuckbuddy relationships I presume?

Also I still find the idea of people "needing" to chase very weird. Does this have to do with attachement styles?
Last edited: Feb 19, 2021
F

DarkKnight said:
Also I still find the idea of people "needing" to chase very weird. Does this have to do with attachement styles?
Click to expand...

"Thrill of the Hunt" Guys


DarkKnight said:
So, if this is the case with chasers why do we exactly use the parting shot? For strictly fuckbuddy relationships I presume?
Click to expand...

Well, I'm assuming in that article that not every girl you shag is part of Wife Hunt.

You can also use parting shots with women you've screwed things up with (I have). My whole "get your ex-girlfriend back" strategy mostly revolves around parting shots, assuming the relationship ended for some reason other than "you were too boring and/or weak."

On the initial pickup though, you can get some really hot girls into bed, whom you were about to otherwise lose, with the right parting shot. But IME they are never the kinds of girls you want in your life as an LTR.


DarkKnight said:
Also I still find the idea of people "needing" to chase very weird. Does this have to do with attachement styles?
Click to expand...

I think a lot of it's attachment styles, yes.

The 'run away from someone who likes you' behavior is Avoidant Attachment, definitely. The 'run toward someone who doesn't want you' behavior I'm less sure about. It might be Avoidant, but it also might be Disorganized Attachment. Most people have some mixture of attachment styles; a good attachment style quiz will give you a pie chart answer ("You are N% this style, N% that style, and N% this other style").

Very clear, thank you for the nuanciation Chase
R

Chase said:
Well, as you'd expect, she did my #2 option, got the guy obsessed with her again, took him back, then let her guard down and showed him she liked him and he ran off again.
Click to expand...