What is going on with Hollywood and attempting to feminize men? (Harry Styles?) 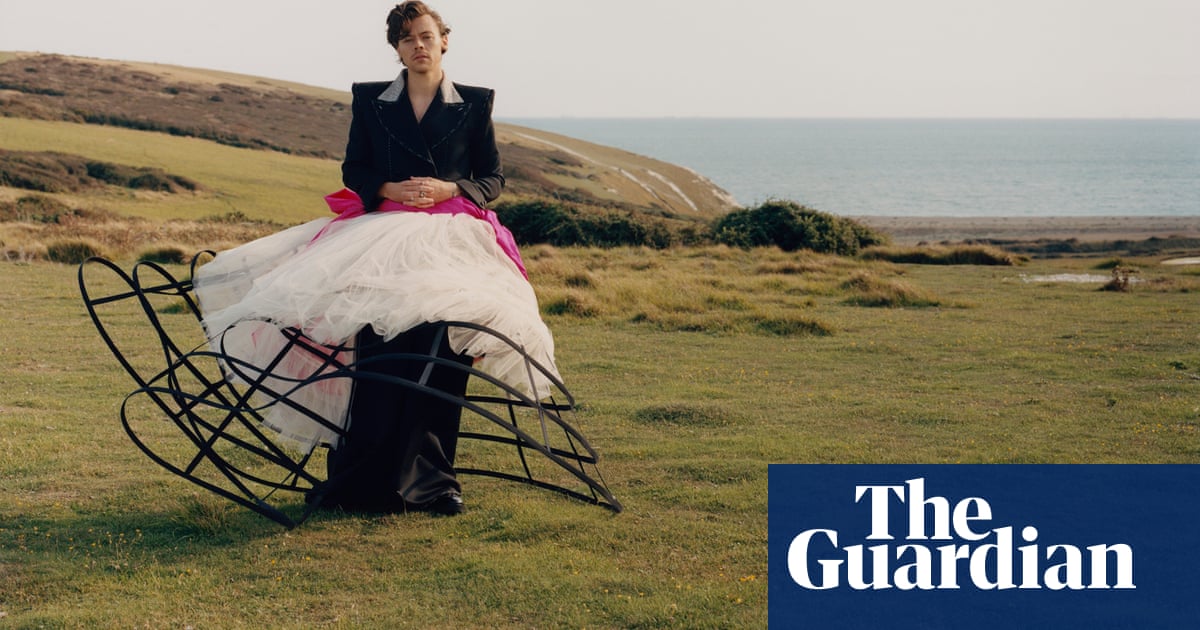 How Harry Styles became the face of gender-neutral fashion

What is going on? Candance Owens just posted an instagram post saying nuclear family and a strong man is needed in a society and she's getting lash backs. It's absurd to me. She goes onto say Hollyweird is driven by the devil. I'm starting to believe it.

Is America really so delusional that it's starting its own fall?

A good man is someone that is strong, brave and trustworthy. Historically any male that didn’t meet a certain standard was shunned and excluded.

In modern times, the core values of freedom and equality drifted society into a very powerful trend of indiscriminate inclusion... nowadays, anything goes... but in order to support that you need to shun (or even shame) anything that promotes exclusion including masculinity.

So masculinity is a polarizing subject now.
One side wants to change it and mold it into something beneficial and inclusive... and the other side sees its value as still relevant and needed.

This polarizing effect is unavoidably leading to confrontation.

Also, regarding Hollywood, anyone that has been involved even remotely in show business can tell you how it is full of homosexuals.

Any place that concentrates actors and artists is going to be inclusion and equality oriented.
No wonder why California is one if not the most leftist state in USA.

Mental Leverage.
*IMPT caveat: As much as we like to believe in Illuminati, One World Governments...... the recent Girlschase post on Covid, where we argue with each other, proves without a shadow of a doubt, that things happens by how big a variable impacts. There is no one thing that cause World War II, Nazi Germany, Socialism, etc*

For dating, how can you make the most impact by you (variable) within time (limited form)

Thank you. All 7.6 billion people shall now kiss my feet.

Is USA starting its fall? The fall of the West started a long time ago lol
J

Did not read the article linked so maybe I'm off topic here but, based on the title of your post, gotta say that Harry Styles is pretty masculine. He strikes a nice balance between masculine and feminine. Chicks dig him. They always did. Even in his boy band, he was the most lusted after by females. That says something.

You can always control how you react to these things.

What are Styles's motivations? He wants to sell more records, so can do with the additional revenue from scandal-marketing himself.

Regarding Owen and Shapiro's dithyrambs: Men much stronger and braver than most alive today wore "skirts" of a sort. The Scots, the Japanese Samurai, and, further back, in Ancient Times, pretty much everyone.

As for Hollywood, if you (rightly) feel most movies being released today are lacking in masculine role models: while they are still uncensored/banned, go for the older fare. Anything by Akira Kurosawa is a good start. I particularly like his Hidden Fortress, Seven Samurai, and Throne of Blood.