Thing is, she never comes... She is one of these women who has a great appetite for sex and aren't too shy about (when they trust you), she is more alive in bed than many of the woman who've I've given an orgasm. As to sex, she seems to be very much into me.

My second question: any ideas why she is not getting orgasms as she seems to be otherwise super sensual and into sex?

I’ve had FB’s tell me that as a girl it’s slightly different and they don’t have to have an orgasm in order to really enjoy the sex.

The mini-climaxes and sensations are intense and pleasurable enough for them.

In short As long as she keeps coming back I wouldn’t worry about it!

Orgasms add a special something to the relationship though. It is nice to have them.

I spell it out a lot more here: 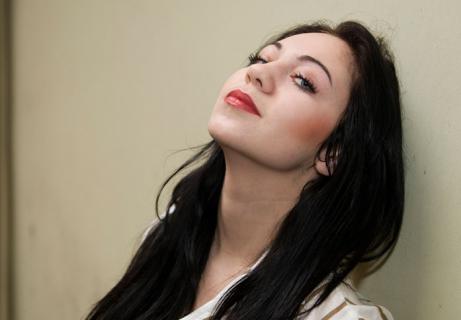 3 Steps to Help Her to Orgasm from Sex

In the article on actor-observer bias, a reader asks: “One thing I would like to ask is: could you by way of reply or as an article idea for the future write about how to give a girl an orgasm when she's never had them before? My girl has been with three or so guys before me and has never (not...

Thanks, I eventually found my way exactly to that same article!

Since the advice on keeping a chick around is to give them great orgasms on the first date, then this doable on the first go, I assume. For an experienced guy.

Great to hear it, Rakkum!


Rakkum said:
Since the advice on keeping a chick around is to give them great orgasms on the first date, then this doable on the first go, I assume. For an experienced guy.
Click to expand...

The more orgasmic she already is, however, the more she will tend to judge you by your performance.

For inexperienced girls who are not yet orgasmic, if they like you, they are going to like you, regardless of the lack of orgasms.

And unless they are orgasmically inexperienced girls who are completely free and open with their sexuality (i.e., just waiting for a guy to come along and give them sex good enough for the to orgasm with), they are not going to orgasm their first time in bed with you. They'll need some coaxing out of their shell, instead.

It very much depends upon the girl.

Thanks for adding the nuance!

I had the joy of having a veeery orgamic woman recently. I was curious whether she had been like that always. No, she said. Only after meeting a guy who "opened" her... exactly as you wrote. Funny part, the guy was an ex priest!

This happened to me dated a girl that was madly in love with me for a year, she never came...

To add to what I think was a great explanation by Chase. I would try to talk a little with her by the third time I have sex with a girl I always try to find out from her what she likes (If she doesn't know that's a great time to continue down that route) even if she came previously in our escapades its still very important to me that I do what's best for her, I've had all sorts of responses to this conversation but I don't think I've ever had a response that didn't improve my sex with her to some extent. Good communication is useful in relationships, in casual hookups, and in friends with benefits.

Skills said:
This happened to me dated a girl that was madly in love with me for a year, she never came...
Click to expand...

If I hadn't trained other girls to orgasm much, much faster before her, I would've started to doubt my abilities...!

If I hadn't trained other girls to orgasm much, much faster before her, I would've started to doubt my abilities...!
Click to expand...

I hear you with that one she was so invested and in love that i really didn't care at all, cause she was getting even more invested which till this day I still don't get it... Yeah now a days I don't have this issues...

@Chase any insights on why these girls stick around, do you have any articles on this???? I am not talking, beam 3 encounters, i am talking years... I wonder if is because they believe at that point you are the best option...


Skills said:
@Chase any insights on why these girls stick around, do you have any articles on this???? I am not talking, beam 3 encounters, i am talking years... I wonder if is because they believe at that point you are the best option...
Click to expand...

If you go to parts of East Asia and eat the desserts there, you will find the desserts are not all that sweet.

So you will wonder, "Why do they eat these things? Why would you want this dessert when you could have one sweeter?"

For the most part, they have never been exposed to sweeter treats, so the sweets they do have access to seem plenty sweet to them.

To a girl who's never had an orgasm, sex is still fun, and it still feels good. She is still with her man she is enjoying a lot.

Doesn't know what she's missing, so doesn't miss it, and enjoys what she is actually able to enjoy (the non-orgasmic parts of sex).

Most girls haven't learned to. One statistic I saw claimed only 20% of women are able to climax vaginally.

There's an entire corner of both the Internet and the academic world where women even claim there is no such thing as vaginal orgasm. These women (all of whom, obviously, have never experienced a vaginal orgasm) think when a woman thinks she is orgasming vaginally, it is actually only a deep clitoral orgasm from stimulation of a deeper part of the clitoris. Researchers had to put together investigations to show that yes, women can actually orgasm from penile stimulation of the vagina and cervix, even with the clitoris left untouched.

How sad is it that you can hear someone, who is obviously an adult, quite possibly intelligent and/or accomplished, declaring, "There is no such thing as X," and immediately when you hear it the only thing you can think is, "Oh you poor, poor, cruelly deprived soul."

I think the same thing when I hear guys telling me "Pickup doesn't work. The only thing that gets girls is [some thing the guy himself lacks]."

So, the weird thing with most girls, is that it is not just the case that many girls can't orgasm from sex... there are a lot of them who think it is not possible for them in particular, or who even do not think it is possible at all, period, and that tales of women achieving these orgasms are myths.

I have never had a woman orgasm remotely as powerfully via a clitoral orgasm than you can achieve with a real jackhammering of her pussy. You can get some decently powerful clitoral orgasms, too... but if you want to rock her world and split the sky open, it's gotta be deep in the cooch.

Vaginal orgasms are for sure the best way to get her to have multiple orgasms while you're inside her. Cowgirl position is really good for this because it combines deep penetration with the ability for her to rub her clit against you also.

On top just hammering away can certainly have a similar 'multiple' reaction from her.

Sex is far from the most important thing that keeps a person in a relationship.

Can it hook a girl? Yes... Can it be something that makes a girl come back even if you're lacking in other areas? Yes... Can the lack of good sex make a girl stray or leave? Yes...

If she's getting her emotional needs met through you... if you're meeting at least three of them and ideally four of them, she'll be addicted to you... and since most guys she meets are boring af, the odds of her finding someone or something better is slim (especially if you know how to hit that uncertainty/variety emotional need).

Plus, most women (and men, btw) have low self esteem. Even if she's fucked a dude who is better than you in a variety of ways, she might think/feel/believe that he just fucked her because he wanted to get his dick wet and not because he actually gives a shit about her or she has a chance with him (which could be the case)... and so she might question what she actually deserves... as in, what kind of a man can she actually get in a relationship.

Also women (and men) get more than just pleasure out of sex. There are a wide variety of emotions that can get triggered from sex that make it worthwhile, outside of orgasm... I think most guys are focused on orgasm because of our own personal experiences of it but I think there's a lot more going on, especially with women, than just getting to an orgasm.

And there's a variety of reasons why a girl might not orgasm that have nothing to do with you or the sex...

One of my first community gfs was like that... she HAD to use toys so we just added toys to our sex, which actually added a lot of pleasure to me from it as well (she used clit vibrators).

She also may have past trauma that prevents her from experiencing them... if she was raped or doesn't feel safe around men, for a variety of reasons... or her own personal insecurities could do it... there are a lot of things that could prevent her from having orgasms but she still gets all of the great things from sex... like feeling desired, craved, owned, dominated, helpless, etc. that make the sex worthwhile to her.

I don't know if this needs to be said or not but women are different... there are some things that we all want as humans (like the emotional needs) and some things that we all want that are different (sub/dom or how we meet those emotional needs). One of the big mistakes men and women make is thinking that what they want is what the opposite sex wants as well... when they may want something completely different than what you want... which they get from being in a relationship with a man (or woman).
You must log in or register to reply here.
Share:
Facebook Twitter Reddit Pinterest Tumblr WhatsApp Email Share Link
Top